The Maxillofacial Surgery is a particular medical area aiming at returning fundamental functions such as chewing, swallow, breath that can be compromised by malformation, trauma or cancer, also preserving the aesthetic aspect, the face which is the soul mirror, that smile and that look through which we can communicate. 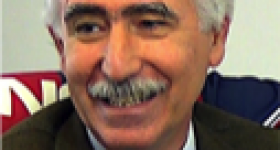 Prof. Claudio Marchetti, in charge of Maxillofacial Surgery S.Orsola Hospital in Bologna, talks about the 3D technique which has proved to be extraordinary in oncology (where large areas of the face must be removed and now it is possible to insert a skin graft to return to the original face), in malformation either genetic or other, to modify facial asymmetries leading to damages and aesthetic inconvenience, in traumatology where it is possible to restore the functions and the original expression of the face

If you too believe that progress cannot exist without research...
Help us
fund scientific research YOU CAN DONATE YOUR
5x1000 to Face3D Here's how

you can support FACE3D with donations and financial endowments
to learn more
Promoting research in the field of maxillo-facial surgery
Do you want to have the Concert CD?
Info: +39 347 9732613
Mail: segreteriaface3dbo@gmail.com
Help us
Face3D Here's how

I accept the sending of news on my email address; I acknowledge the information on the processing of my personal data

I acknowledge the information on the processing of personal data